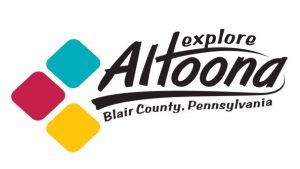 As the Altoona arts community gets ready to raise the curtain on the new production season, local tourism leaders believe downtown Altoona is poised to take center stage as the cultural hub in the region.

Throughout the year, the Mishler Theatre and the Southern Alleghenies Museum of Art attract visitors who are drawn to the outstanding visual and performing arts offered in Altoona. The Allegheny Ballet, Altoona Community Theatre, and the Altoona Symphony Orchestra are among the organizations that call the historic Mishler home. SAMA, which maintains a permanent collection of more than 4,000 works, operates the nation’s longest-running museum satellite system with locations in downtown Altoona and elsewhere in southwestern Pennsylvania.

Mark Ickes, Executive Director of Explore Altoona, cited both facilities as examples of why the agency is excited about downtown Altoona as a cultural hot spot. One of the missions of Explore Altoona, a proud ArtsAltoona partner agency, is to market Greater Blair County as a premier visitor destination. Downtown Altoona, Ickes reminded, is now recognized as a hub for “eds and meds” thanks to development by Penn State Altoona and UPMC Altoona. Continued growth in the arts can also influence perceptions.

“As our marketing initiatives continue to target potential overnight visitors from outside the area, the arts will be an extremely vital contributing factor into Blair County’s sense of place,” Ickes predicted.

Besides the Mishler, the Cathedral of the Blessed Sacrament is another architectural masterpiece in downtown Altoona, Ickes noted. The Cathedral, which was inducted into the Blair County Arts Hall of Fame in the public art and architecture category in 2013, sponsors concerts and has hosted the Altoona Symphony Orchestra. Ickes also pointed out the rich tradition of the Altoona Railroaders Memorial Museum – America’s only interactive railroader museum.

Beyond downtown, Explore Altoona points to other gems in the local arts scene.

“The Church in the Middle of the Block certainly holds a unique place as well in the performing arts community, from an architectural standpoint and featuring a more intimate setting,” Ickes said. “Things Unseen Theatre, as a smaller theatre company, produces shows which are entertaining, controversial, socially relevant, and thought provoking.”

With so many attractions already in place, what else would Explore Altoona like to see on the horizon?
“An emphasis on diversity within cultural offerings would be an excellent addition, experiences such as the West African drum circle at Heritage Plaza exude a new experience,” Ickes remarked. “Welcome additions to the arts offerings would also include more variety in concerts featuring additional musical genres, small art galleries throughout the community, and certainly witnessing artisans at their crafts is always extremely engaging.”

Certainly the vibrant Altoona arts community offers Explore Altoona a wonderful landscape to promote the area, and tourism leaders believe the best is yet to come.

“Explore Altoona looks forward to the great potential that ArtsAltoona holds for creating additional exposure for Blair County’s cultural arts experiences,” added Ickes. “We foresee the potential for expanded opportunities for partnership and the possibility of increased synergy in getting the word out to potential visitors.”