A Brief History of Impressionism

When I was young one of my activities was to look at my mom’s art book. My very favorite book was one all about the Impressionists. I spent hours looking at the large glossy photos and reading about the lives of the artists. When I started to paint I based my style on the Impressionist painters. Today I wanted to briefly share some background on my favorite group of artists.

The Impressionists had an uphill battle when it came to convincing the world of their new style. In America, the Civil War was raging and in Europe, the art world was dominated by the strict French Academy of Art. At the time, France’s most famous painter was Ernest Meissonier an eccentric but brilliant artist. Meissonier’s paintings were exacting to the very detail and took years to complete. It was on this backdrop that a small group of young artists decided to make a change. 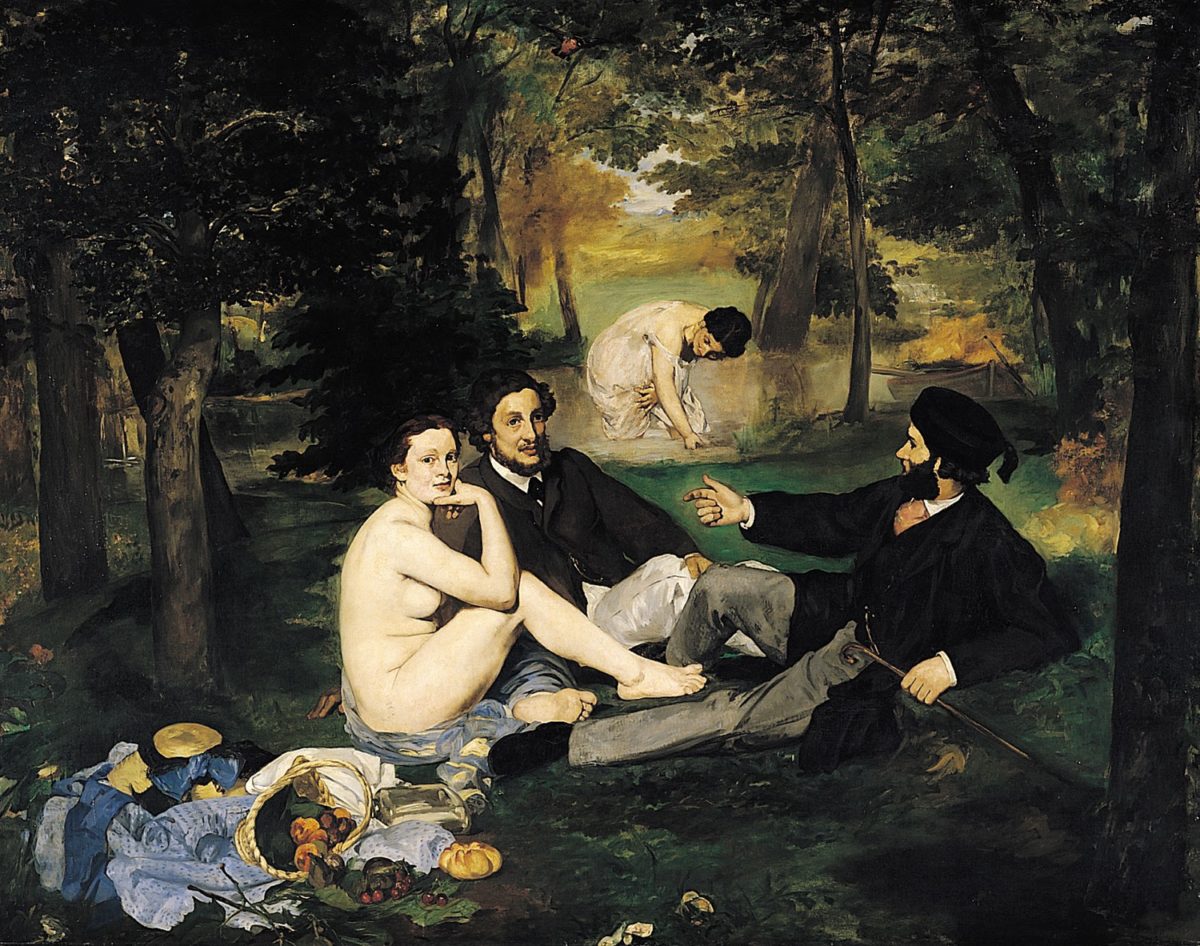 Luncheon on the Grass by Manet

Every year the French Academy of Art had an art exhibit called the Salon. Work show at the Salon resulted in lucrative commissions and fame. The Salon exhibit was controlled by a jury of conservative artists who did not appreciate new styles of art. Édouard Manet was the son of upper-class parents. After failing to join the navy he decided to become a painter. He rejected the popular religious and historical topics, to paint ordinary people and their lives. It was Manet’s Luncheon on the Grass entered to the 1863 Salon that creating widespread scandal. Today viewers looking at Manet’s painting may not see why it created such a fuss but in their day, a naked woman (almost certainly modeled by a prostitute) boldly looking at the viewers was too much for the Victorian minds.

At the same time, Manet was entering his Luncheon on the Grass to the Salon several other new painters were also trying to make their mark on the world. Claude Monet, Pierre-Auguste Renoir, Alfred Sisley, and Frédéric Bazille had met in art school several years prior. In art school, the group began painting outside. Before the Impressionists, artists only painted outside for the purpose of making sketches to take back to their studio. 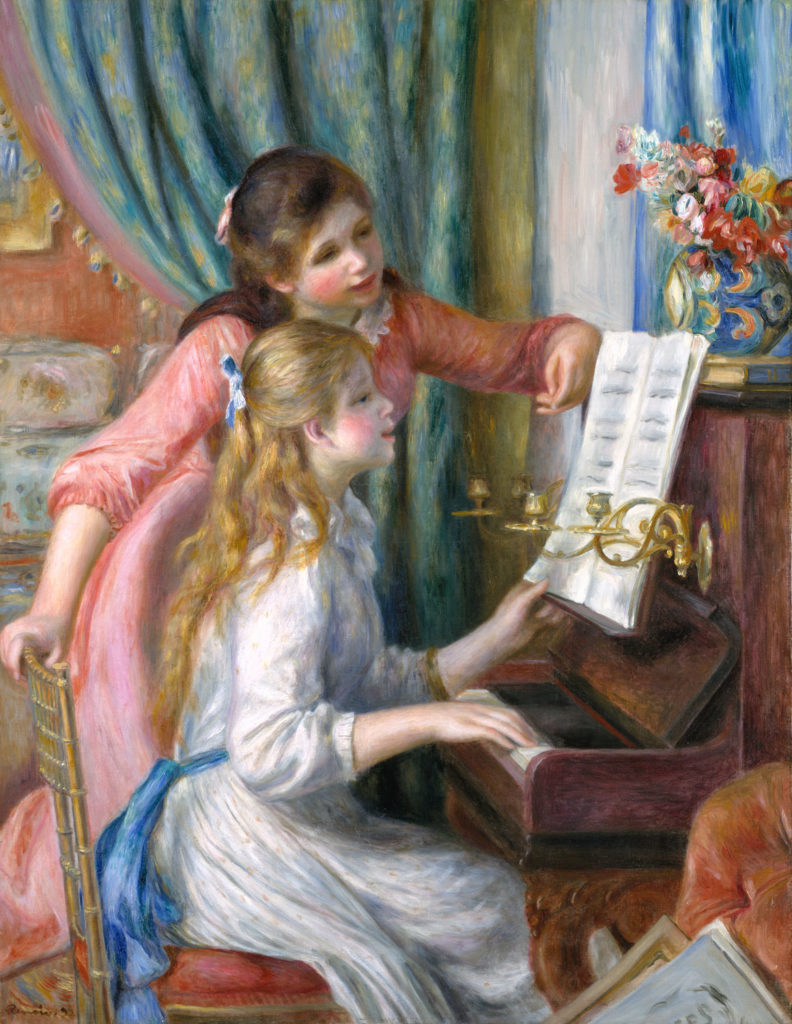 Two Young Girls at the Piano by Renoir

Now artists began and finished paintings in one sitting. Due to the always changing light, they had to paint quickly with bold strokes. Dull and reserved colors were replaced with bright synthetic colors. Everything this group of friends did was opposite of the current art style. Not to be dissuaded Monet and others entered their paintings into the Salon. As expected the Salon refused to exhibit the paintings. A Salon of Rejects was formed after heavy criticism and petitioning to showcase the rejected paintings.

Today the Impressionists are hugely popular. Their paintings are reproduced on everything from umbrellas to cell phone cases. I think part of their popularity is that the Impressionists were the bridge from traditional to modern art styles.