Strike Up The Band! Behind-the-scenes Musicians Move to Center Stage

Scott Pappal likes to joke that he felt like George Clooney in the movie Ocean’s Eleven.

“I felt like I was bringing together a heist team,” Pappal laughed. 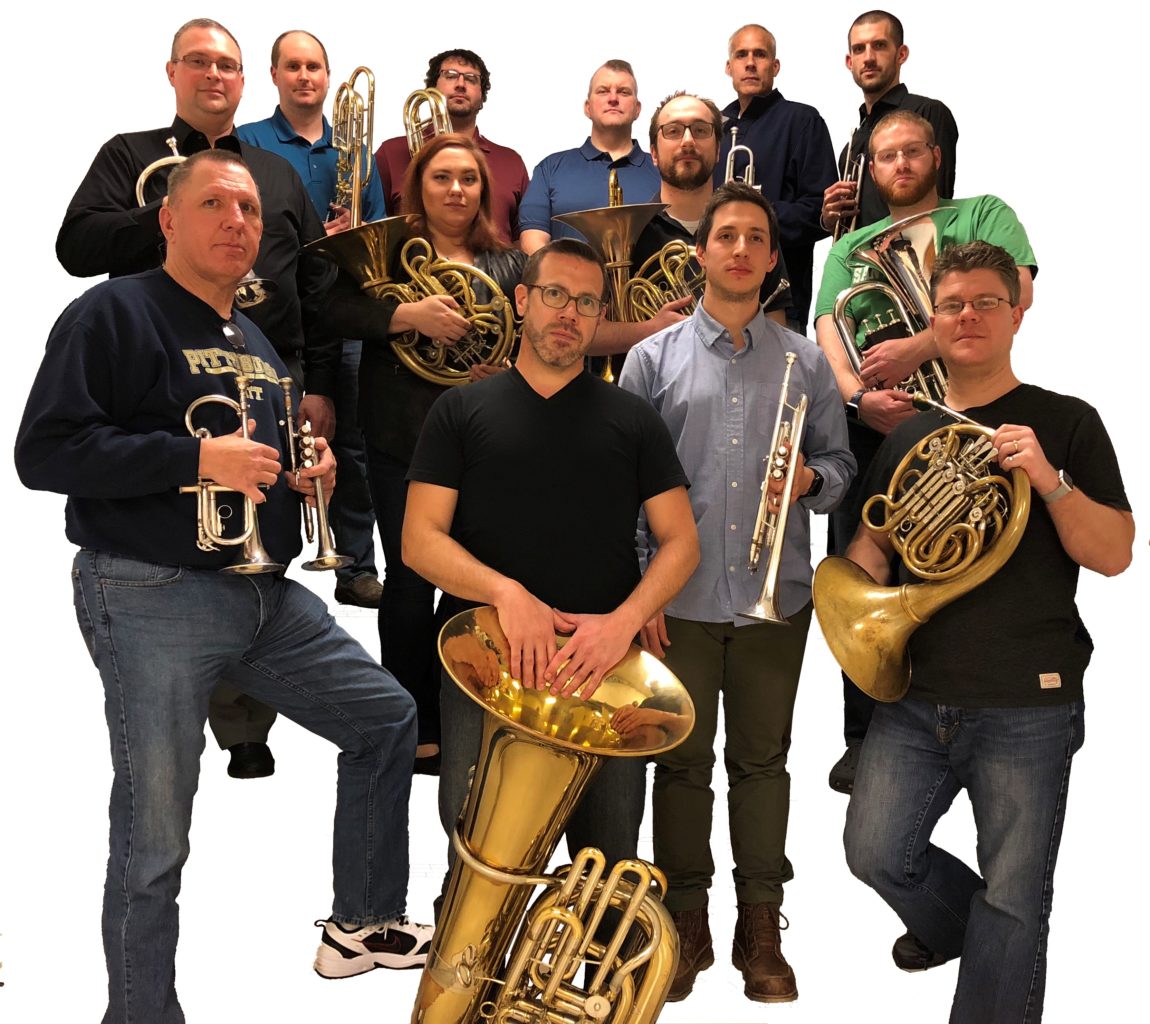 A horn and keyboard player, Pappal is a band teacher for the Altoona Area School District. His resume also includes more than a decade with both the Altoona and Johnstown Symphony Orchestras, Altoona Community Theatre, and P&J Productions.

After doing his share of freelance music jobs, Pappal set out to enlist fellow music professionals around the area to form the Altoona Brass Collective.

Much to his delight, every musician Pappal approached agreed to be part of the Collective. His next step was taking some time to write music for the group to perform.

The Altoona Brass Collective is made up of 17 individuals with backgrounds similar to Pappal’s.

“Most of the people in the group are band directors or music educators,” he stated. “All of us are professional music people. You’ve heard these people before, but you’ve heard them in the background. Now it’s time for us to step out into the limelight and be heard as our own group.”

The Collective is comprised of five trumpets, five trombones, three French horns, two tubas, one euphonium (which Pappal describes as a very tiny tuba), and one percussionist (usually drums).

From classical, to jazz, to modern rock, the group has music to satisfy everyone’s taste.

Their debut concert happened in late March at Zion Lutheran Church in Hollidaysburg. The Collective also played at the recent block party sponsored by ArtsAltoona in the Juniata section of the city.

They will close the Blair County Arts Festival at Penn State Altoona this Sunday at 5:15 p.m.

Other upcoming performances include a collaboration with the Hollidaysburg Community Band on June 24 and the Tyrone Summer Concert Series on August 12.

It is hard not to notice that the launch of the Altoona Brass Collective comes at a time when the local arts community seems to be exploding with new talent and opportunities.

“I do think things are looking up and not just for the arts scene but for Altoona in general,” Pappal observed. “I see some of the business starting to come back to Altoona. I see more restaurants. There are any number of things one can point to, and in the arts field, things have also been ramping up.”

Pappal’s vision for the Altoona Brass Collective involves being able to perform various concert series at locations throughout Blair and surround counties.

“We’d like to be very busy,” he stressed. “Our long term goal is to make this a very present and stable fixture here. It would be nice to be adopted as the hometown brass band.”