A Sentimental Salute To Altoona & The Mishler

There is an old saying about the importance of giving children two things: roots and wings.
Altoona native Tom Sweitzer used his wings to grow, succeed, and – most importantly – help others.

And he never forgets his roots. 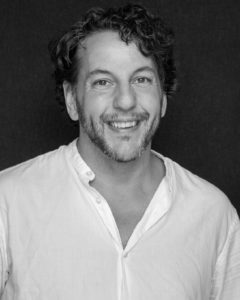 “My hometown still has such strong, beautiful memories for me,” stated Sweitzer, an Altoona native now living in Virginia.

Sweitzer, a certified music therapist, is the co-founder and executive director of A Place To Be, a therapeutic arts organization offering music therapy programs to individuals facing various challenges.

He has also written many musicals – including one inspired by his beloved hometown.

Porches, co-written with Merideth Bean McMath, is a musical drama set in Altoona in 1944. It features the stories of four families – living in war time during the heyday of the railroad – told from their front porches.

The musical premiered in 1999 at the time of the last major renovation of Altoona’s cherished Mishler Theatre. It was last performed there in 2005.

Now, as the Mishler is preparing to reopen with new seating, seemed like the right time to bring back Porches, thought Sweitzer and Chris Cook, a board member of the Blair County Arts Foundation.

“We wanted the next generation of people to see it,” remarked Cook. “We just felt this was a great show to bring back to open the theatre back up.”

The shows are a fundraiser for the Mishler’s general restoration fund, said Cook, who wants to give back to the theatre.

That sentiment is shared by Sweitzer.

“I spent most of my childhood on the Mishler Theatre stage and through my experience there I began to discover who I was and that my passion was music and theatre,” he noted. “How lucky we are to have such a majestic and historic place in which to perform this production.”

Porches, Sweitzer added, is inspired by all the neighbors who guided him through his life journey.

He is “honored” that Cook and his team are bringing it back.

Cook’s painting and restoration company is building the set. Along with help from Altoona artist John Rita, the goal is to recreate the original design from 1999.

“I just love the show, and I feel so connected to it,” explained Cook. “It embodies the cultural heritage of a town we call home – Altoona.”

And that town clearly still holds a special place in Sweitzer’s heart.

“I owe so much to the Altoona community, as well as to my family – the DelGrossos in Tipton,” said Sweitzer. “The two places I spent most of my time growing up was on the Mishler stage and on the carousel at DelGrosso’s Amusement Park.”