Altoona is a “First Frontier” for Music Lovers

Altoona is poised for a pioneering moment on the local arts scene.

In the words of Ray Eckenrode, it is “another piece of the cultural pie in terms of attracting music fans to the region.”

The concept, according to Will Jones, “is one of the coolest things people will see on stage anywhere this summer.” 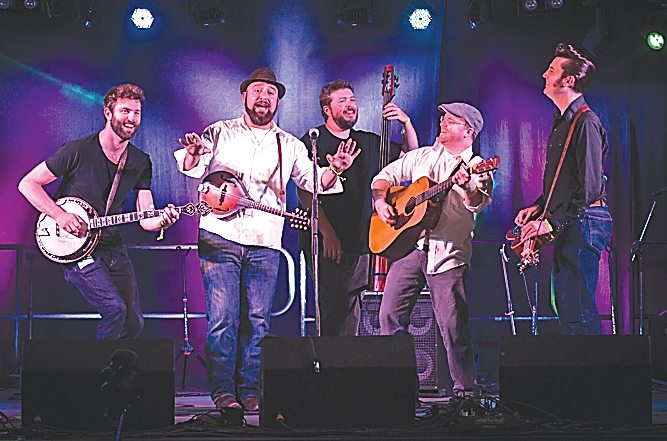 It would be an understatement to say that Eckenrode and Jones, general manager of the Altoona Mirror and promotions manager for Altitude Entertainment respectively, are looking forward to Blair County’s very own music festival later this month.

The Altoona First Frontier Festival will debut on July 28 from 1:00-10:00 p.m. at the Railroaders Memorial Museum in Altoona.

Presented by the Mirror and Altitude, the event will feature four distinct bands.

The HillBenders, a bluegrass quintet from Missouri, will headline the festival. The group sprung onto the national scene recently with its version of Tommy, a classic rock opera by The Who.

“We’ve been looking forward to bringing The Who’s Tommy: A Bluegrass Opry to Altoona all year,” said Jim Rea, guitarist for The HillBenders. “First year festivals are always fun because you get to see the event grow over the coming years, and this venue looks very cool!”

The Pittsburgh rock band The Commonheart will be the co-headliner.

“Part of the beauty of music festivals is discovering new bands or acts you’ve heard of but never seen live,” Jones mentioned.  “We’re putting four great bands on the stage here and we feel pretty confident people will leave wowed by them.”

Added Eckenrode: “You go to a concert to see a band or artist you already know or love, but festivals are about stretching your boundaries and discovering different artists and types of music than you might normally. In that regard, we’re really proud of our first lineup. It’s diverse and unique. Altoona has not seen anything like what they’ll see with our headlining bands.”

Music will not be the only attraction. The festival will also include food trucks, domestic and craft beers, and other artisans.

Eckenrode said the Mirror and Altitude bring promotional power to the event, but he credited other forces in the community for turning the vision into reality.

The marketing initiative celebrates the history of the region as the nation’s First Frontier and embraces the current and next generation of pioneers, investors, and inventors.

“Music events are great opportunities to bring new people into our region,” he reminded. “Event goers may be potential investors, they may locate a business or could be the next great employee for our existing businesses.”

“We are a big contributor to the arts and believe a strong, diverse arts culture is vital for any successful community,” noted Altoona First President/CEO Troy Campbell. “We are enthusiastic to play such a large and active role in making this festival a reality in our community.”

Eckenrode said all proceeds from festival T-shirt sales and a portion of the proceeds from refreshment sales will benefit the Blair County Arts Foundation.

Click here for ticket information or call or visit the Altoona Mirror.