When a treasured organization turns 90 years old, it would be appropriate to celebrate by dancing and even flying through the air.

That is exactly what the Altoona Symphony Orchestra has planned.

In celebration of its 90th anniversary season, the ASO will present Cirque de la Symphonie on September 15 at the Jaffa Shrine Center in Altoona.

It promises to be something that has never been experienced in this region. 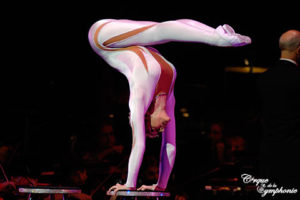 Cirque de la Symphonie is a production that combines the magic of Cirque with music.

Each artist’s performance will be professionally choreographed to classical masterpieces and popular contemporary music in collaboration with ASO Maestra Teresa Cheung.

“Cirque has been a long-time dream project,” Cheung said. “I think it is a beautiful match between the ASO and the Jaffa because it really brings out the essence of both organizations. Music and Cirque – both bringing joy, unity, and service to our shared community.”

“Since our first discussions, the ASO has grown by serious leaps and bounds,” Etters observed. “Both in our program offerings and patron numbers, the ASO has seen consistent increases over the last five to six seasons, and when discussion about what to do for our 90th anniversary came up, we knew it was time.”

Etters emphasized that Cirque is quite an undertaking in a community the size of Altoona.

“This production will rely on visitors from outside our region to partake in the excitement and fun, but we are confident they will come,” she reassured.

Performances of Cirque de la Symphonie have taken place in larger Pennsylvania cities like Pittsburgh and Harrisburg, but the Altoona Symphony Orchestra is the first to introduce the show to this region. 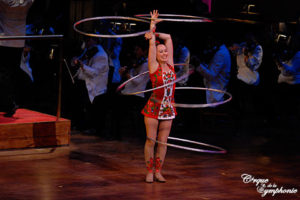 “Cirque will bring out the very best in our musicians and provide an audience of both seasoned orchestra goers and newcomers to classical music,” added Etters. “For those who are less familiar with the Altoona Symphony, Cirque will serve as a great introduction to the joy of music presented by the premiere orchestra in Central Pennsylvania.”

Cirque de la Symphonie is just one highlight of a spectacular anniversary season for the Altoona Symphony Orchestra.

Once again, the ASO is partnering with the Hollidaysburg Area Arts Council for a free concert at Canal Basin Park in Hollidaysburg on August 25 at 6:00 p.m.

The program will offer a sneak preview of the upcoming season and more.

The season opens on October 6 at the Mishler Theatre in Altoona featuring classical pianist Misha Dichter.

On November 10, the orchestra will take its show on the road to the beautiful Cathedral of the Blessed Sacrament in Altoona. On the Wings of Songs will feature violinist Genaro Medina and harpist Frances Duffy.

What would the Christmas season be without the ASO’s Home for Holidays concert? It is scheduled for December 1.

Cellist Kim Cook will headline a Happy Birthday ASO! With Love from All concert on March 16.

One of Altoona’s favorite sons, Paul Winter, will be the featured performer on April 13.

The season will conclude on May 11 with pops conductor Nick Palmer and vocalist Kaitlyn Lusk.

As the ASO marks nine decades, it claims to be the longest continually running community funded orchestra in the country.

With its humble roots as a community string quartet, it grew over the years to include members from around the world.

“I attribute the longevity of the Altoona Symphony to the open and loving hearts of our patrons, our supporters, and our incredible community,” Cheung said. “Altoona truly has the best listeners. Our audience is an astute group who is curious, engaging, and recognizes quality.” 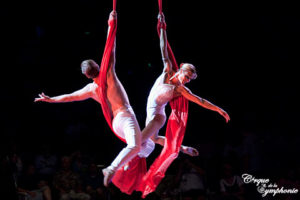 Cheung said as performers on stage, she and the musicians sense the energy of the audience and try to reciprocate by sending the same energy back to them through music.

Melanie Ramsey has been a violist with the ASO for more than a quarter-century.

“I’ve now performed with the Altoona Symphony Orchestra long enough to look back and see just how amazing our symphony is – both as an important musical and cultural experience, and also as a strong, positive, educational force in our community,” observed Ramsey, who has served as the musician representative to the ASO Board of Trustees for the past decade. “We musicians are always learning so that we continue to be the best that we can be and learning from opportunities to perform under excellent conductors with new guest soloists and to perform for the people in the audience who enjoy the results of all the work.”

Over the years, all of the ASO conductors have bought their own special talents and personalities, Ramsey recalled, but Cheung has “raised the bar.”

ASO Board of Trustees member George Sackandy also lauded the contributions of Cheung and her team.

“We are blessed in the Altoona area to have one of the best regional orchestras anywhere,” he stressed. “Their virtuosity and sound set them apart from all but the finest of this country’s orchestras.”