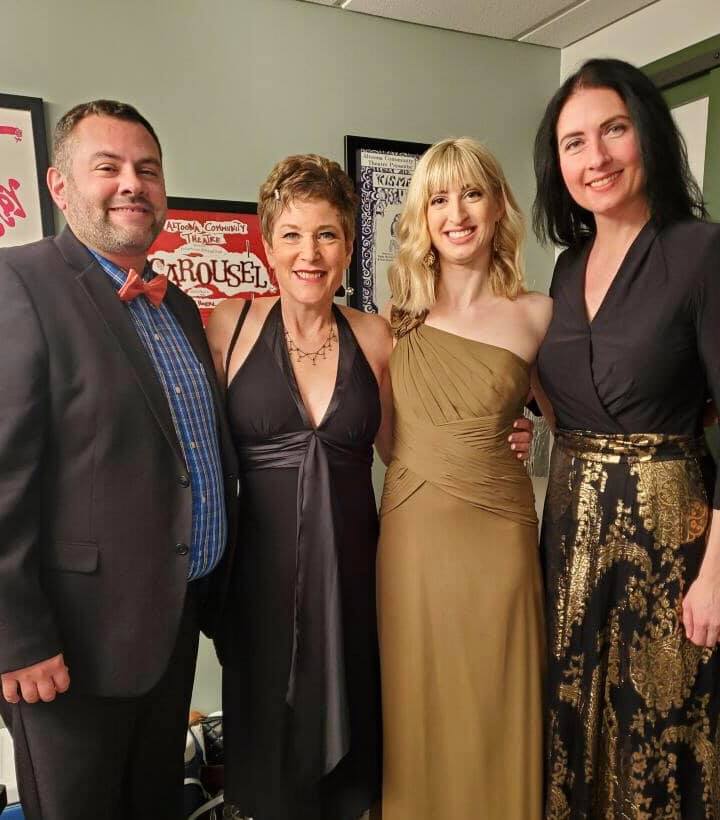 There is an old saying about God giving us two ears and one mouth for a reason.

Indeed, Cindy Stanbro plans to spend the days ahead taking advantage of her two ears for some serious listening.

As the new executive director of Altoona Community Theatre, the Davenport, Iowa, native realizes the treasure she is now entrusted to steer. Her initial goal, she stressed, is not to reinvent the proverbial wheel, but to ask to some important questions.

Responses to those types of queries will go a long way in helping Stanbro assess the local theatre so she can guide operations into the future and better serve the community.

“With any sort of arts organization, you have the core people who are always involved, but the success hinges on bringing in new people and attracting new patrons,” she noted. “I would love to see a whole new group of patrons come into the theatre and engage in the arts. I would love to see new theatre that isn’t mainstream, but would serve another audience.”

Right now, her intent is to truly understand the scene and hopefully enhance it.

“I also want to make sure the association has a successful business plan and is financially secure,” she added.

On the job for less than a month, Stanbro already seems right at home.

“Altoona is a cool community with a lot of arts and history,” she observed. “It’s an ideal community for the arts. It’s a beautiful area. There’s so much to do.”

In fact, her arrival to this region was a homecoming of sorts.

Stranbro was the general manager of the Millbrook Playhouse in Mill Hall, Clinton County, from 2003-2006.

That role, as well as a general manager position with the Vital Theatre Company in New York, are among the items on her lengthy and impressive resume.

Almost a decade ago, Stanbro and her husband co-founded the Winterset Stage in Winterset, Iowa.

“My hope was to create a semi-professional theatre in Iowa that was more accessible,” Stanbro said of the venture. “Theatre wasn’t part of most Iowans’ rituals. I wanted to bring people together, provide an outlet for the community, and enrich them through the arts.”

Run by a board, the Winterset Stage, she explained, is now a volunteer-based community theatre similar to ACT.

Most recently, Stanbro was the executive director of the Iowa Rock ‘n Roll Music Association.

As someone who has dedicated most of her life to theatre, however, she was anxious to return to that beloved world, and she missed Pennsylvania. In fact, it was her old boss from the Millbrook Playhouse who alerted her to the ACT opportunity.

And as folks continue to introduce themselves, they will surely learn that Stanbro has a passion for all aspects of theatre. She started off acting, but then fell in love with directing and producing.

As she puts it, she likes having her hands in a little bit of everything. She even hopes to direct a show a year for ACT.

“I love education,” Stanbro emphasized. “I love working with kids.”

So not surprisingly, she hopes to develop more theatre-based summer camps and workshops for children.

Stanbro’s 11 year old daughter, who grew up in the theatre and loves it, is a testament to that notion. Stanbro even joked that she would not be surprised if ACT regulars saw a lot of the little girl.

If so, she would be in good company.