By Valerie Stratton June 5, 2019 Around the Area, Theatre 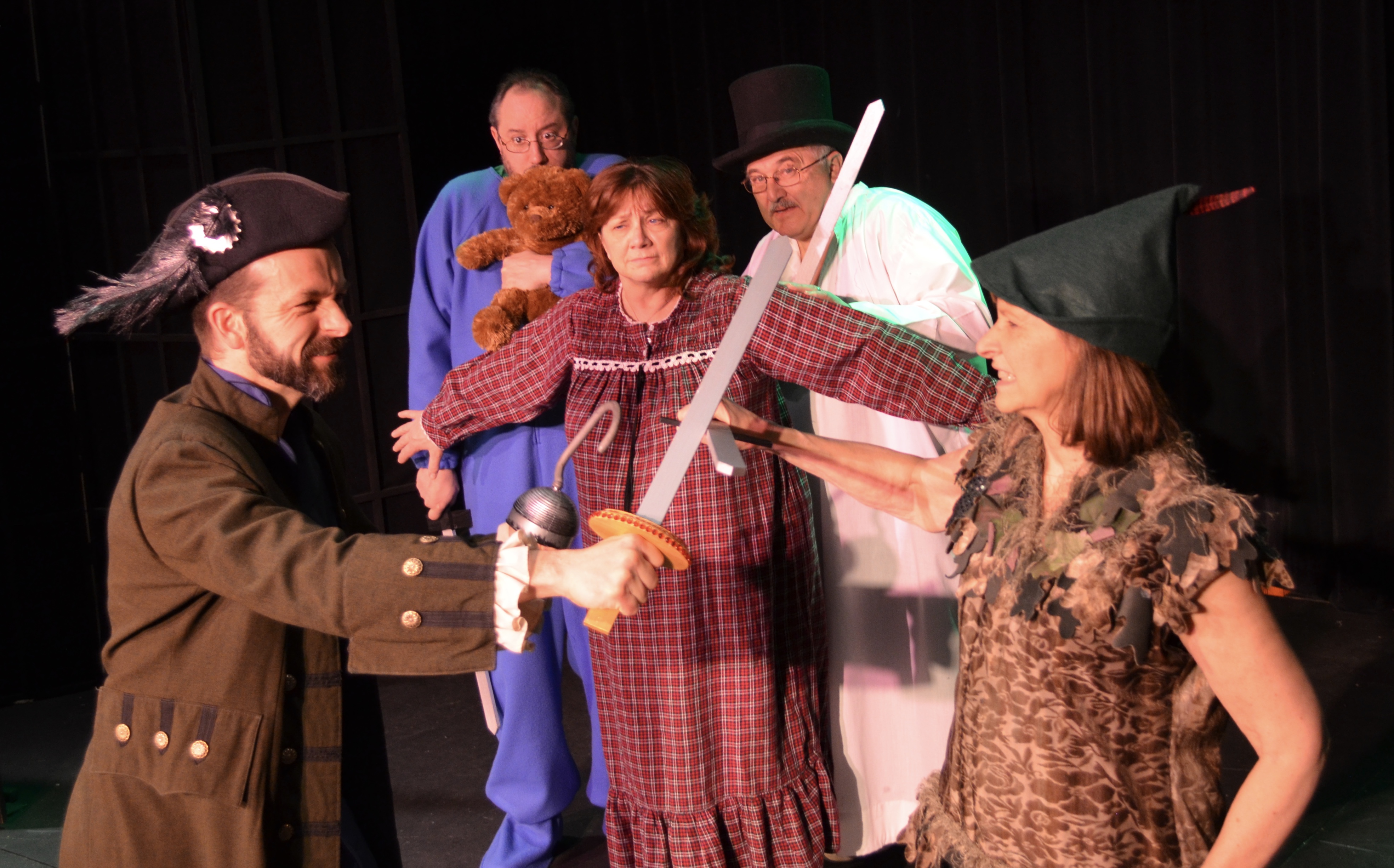 Things Unseen Theatre was founded in the summer of 2011 by Valerie Stratton and Jody Hesley. They had met while co-starring in Altoona Community Theatre’s production of Broadway Bound and began to discuss the need to support the arts in the Altoona area. The idea of forming a new theatre company developed, one which would be focused on presenting theatre that is edgier and more focused on social issues; productions that would stimulate audience thought and involvement as well as entertain. We also hoped to give local talent additional opportunities to act, direct, and produce original work.

Having made a connection with John Rita who was seeking groups to utilize the space he had created in the restored Church in the Middle of the Block, Things Unseen became the “resident” theatre company at the Church. This partnership has provided us with a wonderful venue and also helps to raise much needed funds for maintenance of the 125-year-old building.

Following Jody’s death in 2013, Tom Liszka joined Valerie as co-artistic director. We have continued to focus on presenting plays with a point of view; plays that are provocative and engaging. Since our founding, we have produced 32 shows with our 33rd coming up this weekend. We have dealt with topics ranging from women working at minimum-wage jobs (Nickel and Dimed) to gay bashing (Stop Kiss; The Laramie Project) to child abuse (How I Learned to Drive). We’ve presented a play by a local playwright (Rust by F.J. Hartland) and a play by the daughter of our own Tom Liszka (The Power of Now-ish by Amy Liszka). We also have fun with daring and sometimes dark comedies. Following many shows, we have talk-back discussions with the audience. Our small space (we seat around 100) enables the audience to connect with the action on the stage and feel a part of the production.

Things Unseen Theatre has non-profit status which we established by becoming a sponsored project of Fractured Atlas, a non-profit arts service organization. This has allowed us to become non-profit easily and inexpensively, and also provides us with valuable information and webinars on various arts-related topics.

We are excited about the possibilities for the future. We want to continue to feature work by local writers and develop innovative theatrical productions. Many of our directors, crew members and actors are first-timers, and we love being able to provide these opportunities for young (and sometimes not so young) theatre lovers.

We have three more exciting shows planned this year. In July, we have The River, an enigmatic, eerie tale about a man in a remote cabin where he has come for the fly-fishing since he was a boy. He brings his new girlfriend, but she’s not the only woman he has brought there, or indeed the last. The play starred Hugh Jackman on Broadway a few years ago. In September comes Scab, a coming-of-age love story between two grad school roommates from very different backgrounds. Darkly funny and surreal, the set includes a particularly malevolent statue of the Virgin Mary and a houseplant named Susan. Finishing our season this year, we have She Kills Monsters in November. A young woman, Agnes, is trying to deal with the death of her younger sister, Tilly, and discovers Tilly’s Dungeons & Dragons notebook. She becomes immersed in the imaginary world that was Tilly’s refuge to help her understand her sister and grieve. This dramatic comedy features fantastic masks and costumes, supermodel elves, warrior women and nasty ogres.