ECLECTIC MIX OF LOCAL ARTISTS TO SHINE ON THE SAME STAGE 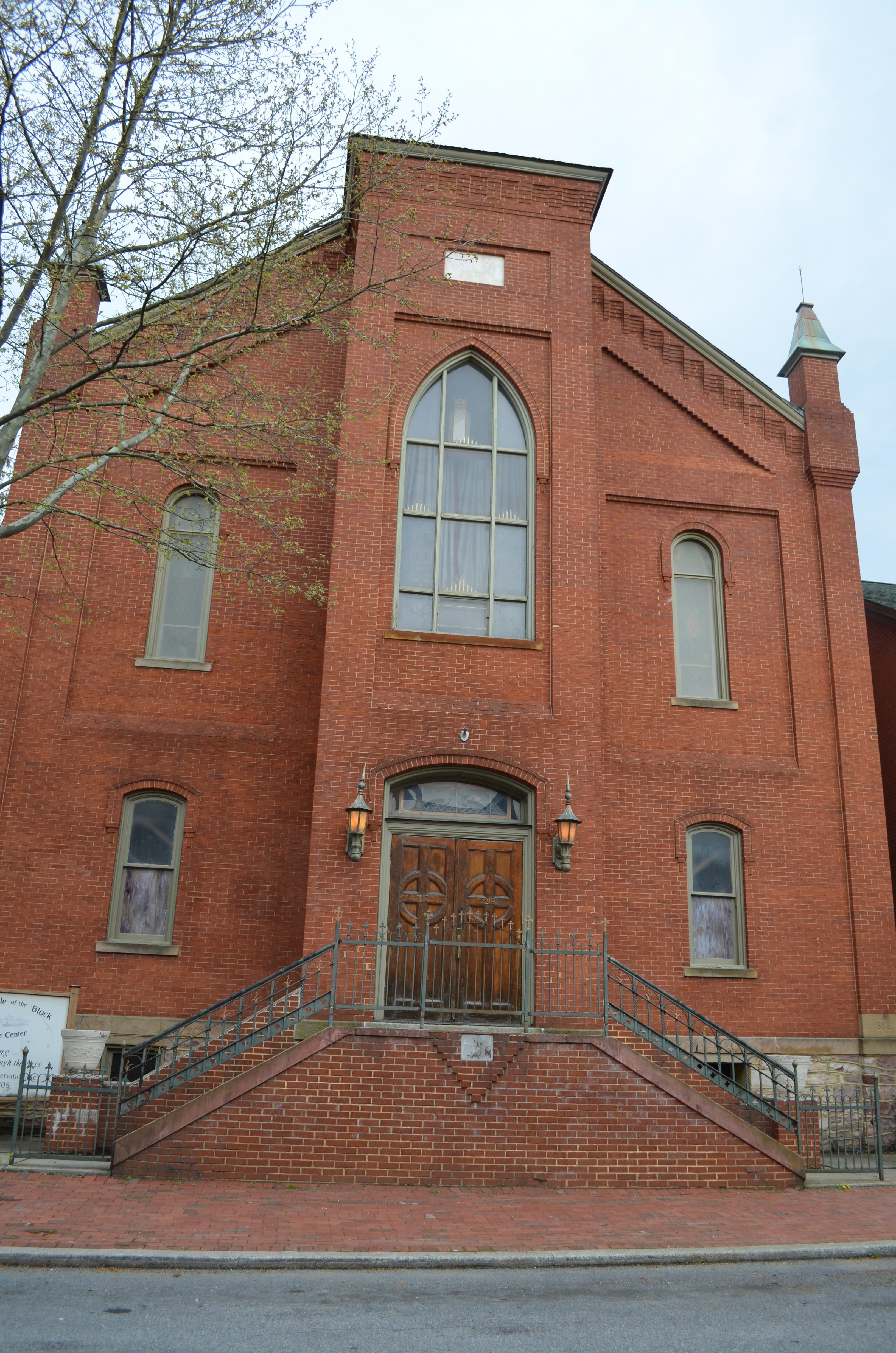 Charlotte Ames Eichelberger is a familiar local journalist, but a big headline in her personal life right now is her role in an upcoming musical extravaganza.

She and other community leaders will be featured in “A Celebration of Song and Sound” on Sunday, October 6 at 7:00 p.m. at the Church in the Middle of the Block, 217 Fifth Avenue, Altoona.

Her husband, John Eichelberger, will also get to literally blow his own horn. The insurance executive and former State Senator and Blair County Commissioner will join his wife in a duet. He will play the trumpet, and she will play the piano.

In addition to their distinguished “day jobs,” both John and Charlotte are veteran musicians. Charlotte, an anchor/reporter at WTAJ TV, has played the organ and piano at churches since she was 14 years old. In fact, she has played at Juniata United Methodist Church for more than 13 years. John has been engaged in many musical groups including tours with the Drum Corps International Blue Stars and Up with People.

Both share a talent and passion for music with other local business people, elected officials, and artists. Featuring them on one stage seems like a sure high note, according to organizers.

“I knew a number of talented musicians locally, and the opportunity to work with them and present to the community was an exciting idea,” said Altoona attorney and Blair County Commissioner Terry Tomassetti. “Plus, there is no better location than the Church in the Middle of the Block. It is such a special venue for performances of this kind, providing an intimate and refreshing setting for an evening of song.”

Local artist John Rita and his wife, Cindy, suggested the program, and Tomassetti jumped at the opportunity to organize it.

“We look forward to the evening,” John Rita stated. “It is the type of program we are looking to present more often at the Church, and we are pleased that Terry took this project on and will be singing again.”

As mentioned there, Tomassetti will, indeed, lend his vocal talents to the event. He was the director of the Cathedral of the Blessed Sacrament choir for 11 years and the founding director of the Jubilate Deo Sacred Choir for seven years. Under his leadership, his choirs sang at cherished locations in Italy including Saint Peter’s Basilica. They also sang in Philadelphia, Pittsburgh, and various local venues. As a member of the Mendelssohn Choir in Pittsburgh, Tomassetti has sung under the direction of Andre Previn in the nationally televised performance of Brahm’s Deutsches Requiem at Heinz Hall and Michael Tilson Thomas for Beethoven’s Ninth Symphony, also at Heinz Hall.

For “A Celebration of Song and Sound,” Tomassetti will be joining soprano Anne Marie Longwill, a Benefits Coordinator for the Altoona Area School District.

Longwill is a cantor and psalmist at the Cathedral of the Blessed Sacrament and Our Lady of Mount Carmel Parishes in Altoona. She was active in Altoona Community Theatre, where she met her husband of 32 years, Tim. Both currently sing with the Blair Concert Chorale.

“Anne Marie and I used to perform together frequently in the late 70s and early 80s entertaining groups in Blair and Huntingdon counties as well as at numerous weddings in the area,” Tomassetti recalled. “We look forward to singing together again, this time performing the popular duet Time to Say Goodbye.”

Other singers scheduled for the event include Christopher Cook and his daughter, Parker.

Cook, a conservator, is one of the area’s premier musical theatre performers, according to Tomassetti.  He recently portrayed Judas in the State College-based FUSE Productions presentation of Jesus Christ Superstar. Last year, he directed and performed in the Altoona-themed musical Porches at the Mishler Theatre.

Cook will sing The Soliloquy from Les Miserables and The Prayer in a duet with Parker, who has been dancing for ten years and has been taking vocal and piano lessons since she was five years old. She has also been part of Broadway Bound Kids, and she starred in Porches and Disney’s Alice in Wonderland Jr. Besides the duet with her dad, Parker will sing I Dreamed a Dream from Les Miserables.

In addition to the Eichelbergers, bagpiper Shawn Gority, pianist Cindy Rita, and violinist Maureen Verzella will be the featured instrumentalists.

“Shawn is such a talent on the bagpipes,” Tomassetti stressed.

Gority’s resume includes numerous performances with the Grammy, Emmy, and Oscar-winning Irish traditional band The Chieftains at such sites as the Kimmel Center in Philadelphia as a solo guest performer and at Carnegie Hall in New York on Saint Patrick’s Day. A legal assistant in Tomassetti’s law office, Gority plays locally with the Jaffa Highlanders and the Nittany Highlanders in State College.

“We are so fortunate to have Cindy Rita accompany many vocal selections,” Tomassetti noted. “Cindy’s sensitive playing has earned her the praise of many singers, choirs, and directors she has worked with.”

Verzella, a retired music teacher in the Altoona Area School District, will perform duet selections with Rita. Verzella is a longtime member of the Altoona Symphony Orchestra and the Allegro String Quartet. A graduate of Duquesne University School of Music, she was a member of the Pittsburgh Youth Symphony growing up in the Steel City.

There is no admission charge for “A Celebration of Song and Sound.”