Yacht to Sea This 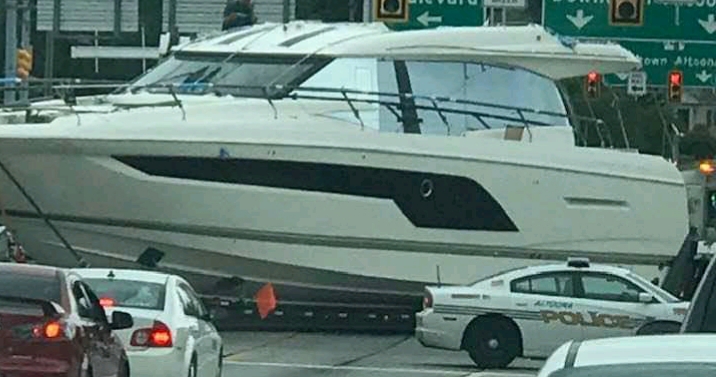 Just a few minutes ago, our Governor Wolf announced a return to six on my non-normal grading system … in a weird way. Normal around these parts hasn’t been seen since early March, so I measure typical on a non-normal scale. One being slightly above McDonald’s not having BBQ sauce for our McNuggets, or a freakishly fabulous forty-four degree day for our fourth of July picnics. An abduction by absolutely adorable, astute, astronomically ambidextrous aliens ranking an extreme ten on the other side of my normalcy division. Everything imaginable in between – our banged up toes on strange concrete pylons appearing out of nowhere, politicians with actual good ideas, tv shows about a family losing millions but starting over in an obscure Ontario town, long lines at bank drive-ups, meteors burning up in the atmosphere, global-warming, successful rube goldberg machines, Rose Apothecary purchases, on … and … on. My non-normal grading system application, when properly applied, could rival even the most strident of systems.